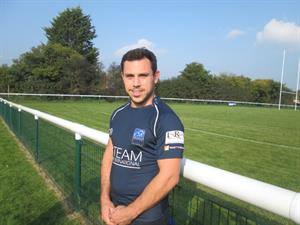 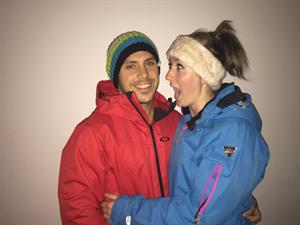 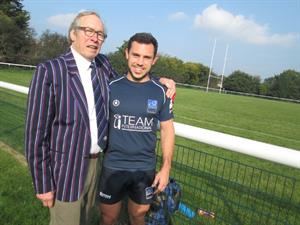 He is Nick Cherry, 29, Brighton 1st VX scrum half and No 10, one of the most talented and experienced players in this exciting Sussex club.  Nick is also a skier and boarder: he had plenty of opportunity to enjoy both while working behind a bar in La Plagne during his vacation as a student at Sussex University.  As we know at Alps Accommodation Samoens, there is nothing like a few months spent experiencing the thrills of the mountains (and the bar scene!) to give you a taste for the high life. Now, he is combining his love of rugby with winter sports, and, after spending previous holidays in Trois Vallées resorts, is looking forward to his first visit to the Grand Massif.

Meanwhile, the new Brighton rugby side have started this season with mixed results: “We have five 18-19 year olds in the team,” Nick says.  “It’s great to see young, skilled players coming on but it’s now essential to work with them to build a strong team ethic and concentrate on training and fitness. Instilling the standards and ethos of the Brighton Blues is very important. Like any business – rugby or ski related - a strong culture within the organisation produces a winning atmosphere. “

Nick, who is 5ft 10 in tall and weighs 83k,  works on his own cardio fitness by cycling to and from his office at the Brighton HQ of American Express (a round trip of 10 miles), where he works as  a project manager. He uses the Amex gym three times a week, concentrating on leg strength to produce the explosive speed needed by a scrum half.  He is a competent cook, and spends any spare time on a renovation project – a house shared with his fiancée Christina.  The couple met four and a half years ago at Brighton Rugby Club where Christina was working behind the bar. “She is a PE teacher, a ski and boarding fan and a brilliant netball player, “says Nick. The couple tie the knot on May 1st next year. Congratulations to them both.

As part of our sponsorship, Alps Accommodation will be supporting Brighton Blues with match attendances by Pat Ward-Lee (pictured with Nick) who is an Honorary Life Member of the Club and one of our regular clients in Samoens.

We will also be posting updates on Nick and the Brighton 1st XV’s progress. At time of writing, the team is positioned half way up the table in the London 1 South Division. Future fixtures include games against South East London side, Charlton Park, Chiswick, Sidcup, Cobham and Maidstone.  Good luck to Nick and all the players!