You are here:
Home> Samoens> Samoens News> Samoens and The Grand Massif - bright now and the brighter future

Samoëns and The Grand Massif - bright now and the brighter future 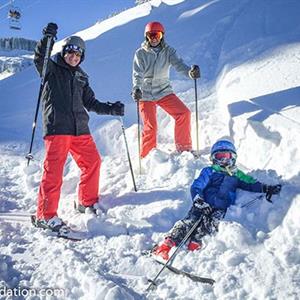 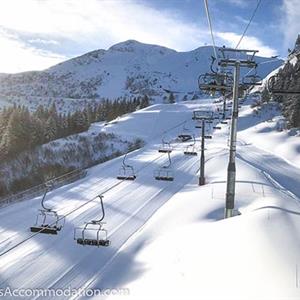 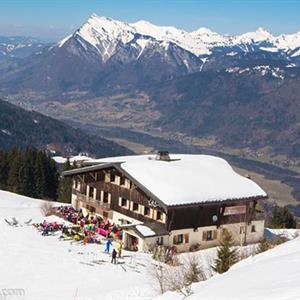 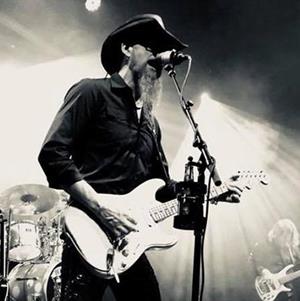 The 2017/18 winter season in Samoëns has been monumental. Record snow depths, a lively village atmosphere, and significant new developments on the mountain.

Club Med at Samoëns 1600 was a major focus of pre-season hype. Quite the divisive issue, it attracted its share of scepticism. But here we are at the end of our first ‘post- Club Med season’ and locals and visitors alike are happy! Especially with the benefits the development has brought our region.

Alps Accommodation takes a closer look at all that is great about Samoëns and the Grand Massif right now… including an entirely new ski area for Samoëns and Morillon!

The Coulouvrier bowl, with its highspeed lift, two (soon to be four) new runs, is a very welcome addition.

‘The lines it’s opened up from the summit of La Croix, discovering this new spot… it’s cool! And when we have the new runs it will be great!’ says ZigZag Ski School director, Adrien Vallier.

Morillon’s long, winding blue run down to the Coulouvrier lift is a definite favourite, but the Samoëns run also has its merits.

‘It’s nice to have that run in the morning. You know it’s going to be a quiet chairlift… I would always choose to do that one now.’

Our good friend Roland Gay at SkiSet thinks having a second option to access the Tête de Saix has changed the flow of skiing traffic for the better, especially in the peak holiday weeks. A lot of locals agree that general flow is better, and less time is spent in lift queues.

‘Of course, we’ve had sensational snow conditions this year, but yes, I think the new lifts and piste changes are definitely doing their job.’

The Coulouvrier lift and ski area was the final stage of a major upgrade and modernisation plan carried out over the past few years. Some of our oldest and most loyal guests have seen all the changes.

The Roberts family from Leicestershire have been coming to Samoëns for 12 years now, and they love it more than ever! 15-year-old Ollie tells us about his family’s ‘cracker of a day’ on the slopes this Easter holiday…

‘Dad was so impressed because we did 30kms of pistes in one morning - and that was just in Samoëns, Morillon and Carroz!’

… We skied down to the new lift, up to the Tête de Saix, then down the Portet run all the way to Carroz. That was lovely – it’s so wide now! … we skied Carroz for a bit then jumped on that other really, really fast lift [Tête Express] back up to Samoëns, then across to Morillon for a hot chocolate.’

Ollie is a big fan of the mountain restaurants and highly recommends either Chalet Clair or the Igloo for those obligatory hot choccy stops.

The mountain restaurant scene continues to improve each year. Long-time favourites like the Igloo, Chalet Clair, La luge à Téran, and l’Aero still impress, but there’s some new additions too:

Samoëns village has also benefited from some new exciting ventures this year, including:

Talking about nights (and days) out, some exciting news for the summer… Lou Caboëns is coming to Samoëns! Well, most of the Lou Caboëns team at least. Cédric, Marion, Christophe and Christelle are taking over the Clarine restaurant. And not just taking over… making it their own.

From late June, and then all year long, you can enjoy Samoëns’ newest restaurant / concept-store – oh yes, it’s going to be unique, and wonderful. We’ll let you know more nearer the grand opening, so for now watch this space!

The village atmosphere has been great this season too. The very handsome Francois from Xtreme Glisse says ‘great snow conditions, and the resort opening early attracted a lot of visitors, but it’s been buzzing all season long!’

More than 3000 people flocked to the resort for this year’s Grand Odyssée sled-dog race, and Samoëns hosted several other hugely successful events. The brand-new Bar En Live was very well received, live music playing in venues throughout the village every night for a week after February holidays. The Criou Blues Festival was another major highlight. Add to that, weekly firework displays in the holiday season and the usual great array of free season-long animations. Not a single day went by without activity.

Samoëns’ Events and Animations Co-Ordinator, Adrien Maillard, assures us Summer will be just as lively. Starting in June with the Samoëns Trail Tour. Trail running is fast becoming one of the biggest sports in the Alps. There was just short of 2000 participants in last year’s event and this year is tipped to be even bigger – 4 out of 6 events already COMPLET!

The Pépites music festival will run an extra week this year; 8 exciting acts are confirmed. And 2018 marks the 10th anniversary of Samoëns’ famous American Festival; bigger, better displays are guaranteed. Oh, and the lifts are opening early! Our contacts in the mountain biking world have confirmed that the GME will open on the 23rd June. Other lifts, including the Chariande Express, will be open from 7th July – 31st August.

It’s an exciting time! Samoëns and the Grand Massif is thriving, visitors and locals alike enjoying the best of the old and new, and so are we!

You know, leaders in tourism planning and development say: ‘the key to developing successful destinations is to build upon what is already great about a region.’ You make the great stuff better.

We think Samoëns and The Grand Massif is doing just that. Sure, there’s been changes - New landscapes & infrastructure, new businesses, new services, but also a new lease of life to the old.

Everything you’ve always loved about Samoëns is still here. The people, the places, the fun! Samoëns remains the year-round holiday destination of choice. This season and the exciting things ahead certainly prove that. Alps Accommodation thanks you for what’s been an incredible season. We look forward to sharing with you the many more to come!