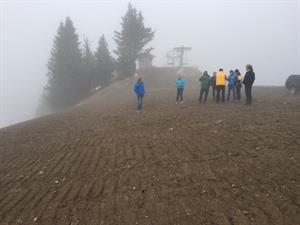 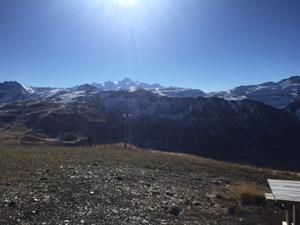 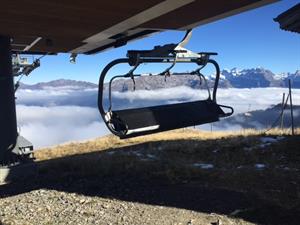 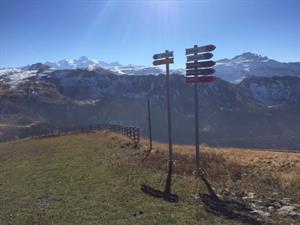 Samoens, Morillon and the Grand Massif’s lift and piste improvements for Winter 2015/16

If ever there was a year to go skiing in the Grand Massif, winter 2015/16 is THE time. Why? It’s all about the investment!

As a partner with the lift company, Alps Accommodation are invited to visit the piste and lift improvements in the Grand Massif carried out since the lifts stopped turning at the end of the winter. The lift company, GRAND MASSIF DOMAINES SKIABLES (GMDS) as they are now called, certainly don’t sit still during the summer. This year was no different, and their main investment has been in safety inspections, rigorous checks and maintenance of numerous lifts. The required interval between these high end inspections varies on the age and type of the lifts, but this summer, many reached that time together making it big business in the Grand Massif. When you consider the lift parts that need to be inspected are halfway up a mountain and 50 foot in the air, it’s no wonder it costs so much time, effort and money to keep it all safe for us skiers.  Therefore, if ever there was a year to ski in Samoens, Morillon and the Grand Massif, just after a major safety inspection is a good choice!

Our day started at GMDS HQ, the office above the Grand Massif Express in Samoens village.  Welcomed with the usual strong coffee, croissants and pain au chocolates, i noticed a few new faces this year.  One of which was the new Director of Samoens’ Tourist Office, Nicolas Francfort who has a very impressive CV with experience at Compagnie des Alpes (owners of GMDS) and Club Med. I’ll corner him later i thought, but at least let him finish his coffee!

We jumped into our 4 x 4 Toyotas for our bumpy off road trip to Tête de Saix, then right driving down the famous long blue piste, the Perce-Neige. A dusting of early snow and frosted plants set my excitement levels soaring in anticipation of the winter to come. Passing the top of the Les Molliets chair lift we started down towards Morillon on the pretty tree lined piste called l’Arête where we had our first stop.  This piste has been trebled in width, and then covered with compost and seed (the compost and seed mean the grass can be skied on for longer).  This is such an improvement to what was a very narrow, busy piste to Morillon from Samoens and Les Carroz.

Back in the 4 x 4’s we then headed again up to Tête des Saix passing a few walkers, where the sun was shining and our early picnic lunch was being laid out. What a spot, Mont Blanc views, cloud in the valley, sun warming our faces and the freshest of fresh air.  A glass of wine later, i started chatting to Nicolas from the Tourist Office.  As he was only on day 3 i thought best go easy, but my main question was when is Samoens getting an indoor swimming pool.  The positive news was that he shared mine, our guest’s, and just about everyone else’s view that an indoor ‘Aquatic Centre’ is overdue in Samoens.  Watch this space.

The lunch break also gave me the opportunity to chat with the director of Flaine’s ski area and see how they had spent our hard earned lift pass cash. The piste down to Flaine from the top of the Grand Vans chair called Tourmaline has had a major improvement just after the Veret drag lift. The piste has been widened into a sweeping S so much less harrowing for those intermediate skiers heading to Flaine for the first time and spreading skiers across the piste on busy days. 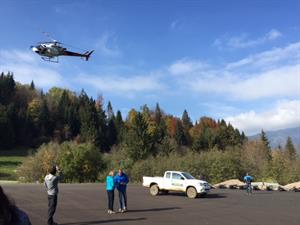 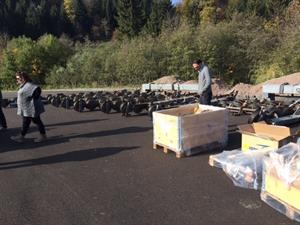 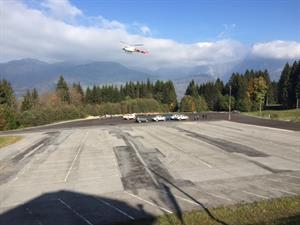 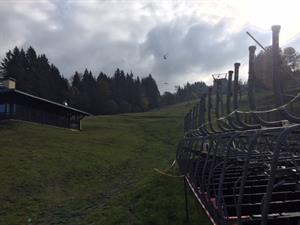 Now, most importantly of all, Flaine’s toilets at the top of the DMC have been given a complete makeover costing 400,000 Euros – that’s a lot to spend a penny!  They have a green recycling, algae eating system, meaning we can rest the legs on our mountain throne knowing we aren’t harming the beautiful environment!  The snow park in Flaine has also been moved and improved.  It will now be right in the centre of the resort, something about ‘au cœur de la poule’.  With more jumps and kickers, more features and more investment it has been remodelled to appeal to a wider audience. I might even dust off the old board and give it another go after 10 years! Don’t ask me why it's been so long.

On the way back down, after strong coffee and chocolate we were briefed of a new gas blaster just where the Marmotte and Perce-Neige part company, under the three ‘Fingers’ as they are known locally. This along with an investment in the computer controlled aspects of the snow cannons and other gas blasters apparently means the slopes will be safe earlier in the mornings. Earlier daily openings – I hope so! The Cascade has also seen further investment in snow cannons and safety elements.

Next, just after hearing the cry of an eagle we bumped our way back down to Morillon 1100 Les Essert’s main car park which has been doubled in size. Mid-bounce, our driver, told us the helicopter was due to arrive at 14:30. For a split second i thought DSGM had really pulled out the stops this year and were going to give us an aerial view of some distant improvement. But no, it was arriving to help re-install all the wheel runners of the ski lift pylons, which had been removed earlier in the summer from the Sairon chair lift. Never mind i thought, it was still pretty impressive watching the helicopter, swoop down, hook up the next wheel stack, drop off and return in a matter of minutes. With the parts removed by helicopter, microscopic investigations looking for any signs of faults, and then returned by helicopter, you get an idea of the scale and costs involved.  Perhaps this is why we haven’t got a fancy new lift this year, but personally I’m happy to settle for a ride on a left that has just had a high level inspection.

Overall the team at GMDS were upbeat about the long range snow forecasts. So much so in fact that if we get the cold weather predicted in November, they will run the snow canons earlier to build up a base so we can ski no matter what. Great news for all our Christmas guests.

Keep up the good work guys and huge thanks to Estelle, Emmanuel and all the team at GMDS.

by Tom Ward-Lee
Director and co-founder of Alps Accommodation