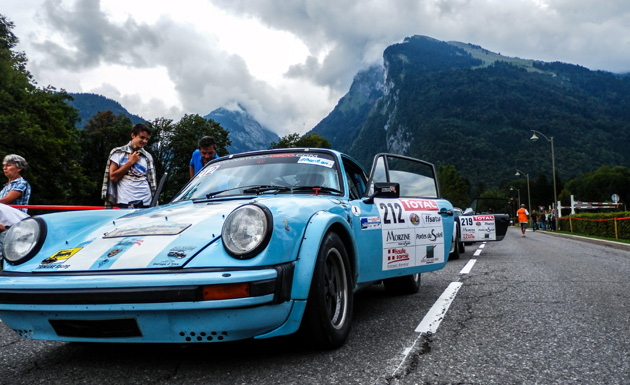 There was a rumbling in the mountains of Samoëns this past weekend, and no, it wasn’t the thunderous kind you might associate with an alpine storm. Although we certainly ended up having one of those late Saturday evening, for the most part, the weather last week was nothing but glorious. Which was perfect considering that on Friday and Saturday everyone was out of doors enjoying the famous ‘Rallye du Mont Blanc!’

The Mont Blanc Rally is one of eight events that determine the national rally champion, and the summer season just wouldn’t be the same without seeing this exciting event hit the roads in and around Samoëns. In fact for close to twenty years the ‘Rallye du Mont Blanc’ has seen the official end of the summer season go out with a bang – literally! Hundreds of drivers flocked to the region this year to participate in what was the 65th edition of the ‘Rallye Moderne’, and the 34th edition of the ‘VHC – Historic Cars’. Over the course of two days drivers raced between Morzine and Samoëns, Samoëns and Morillon, up and over the famous Col de Joux Plane - and that’s to name only a few of the 11 individual stages that provided onlookers with some fabulous entertainment.

I did some spectating of my own on Saturday and I must admit, for one not generally considered to be of mechanical mind or loving of cars, I found the whole experience pretty cool. It was just after 3pm when I found myself joining a long line of locals and tourists, a migration of sorts, all headed for the Grand Massif Express ski lift. Here, the car park had been transformed into a mini racecourse. Flags were flying, men in overalls and other official looking types were darting to and fro, and the crowd of onlookers grew as a steady stream of cars fell into line one behind the other. Each of them was waiting to be called for their turn to race and at precisely 3.33pm that time arrived. An engine roared to life and the first of the historic cars hooned out of the starting gate. The crowd watched on, eyes tuned to the car as if it were the ball in a tennis grand slam final. It wound its way around two laps of the car park before banking sharp right then immediately left: next stop Morillon. As soon as the car was out of sight another had roared to life and was screeching out of the starting gate. The line of waiting cars behind grew longer and louder, their engines humming, revving, some even popping as they each edged closer to the starting point and their turn to race. You’d only see a fleeting moment of each race but it was great all the same - the noise, the slides through tight turns! I soon found myself caught up in the whole rally experience, chatting with fans, taking advantage of the ample opportunity to take photos of the cars, and even managing a quick chat with one the drivers. 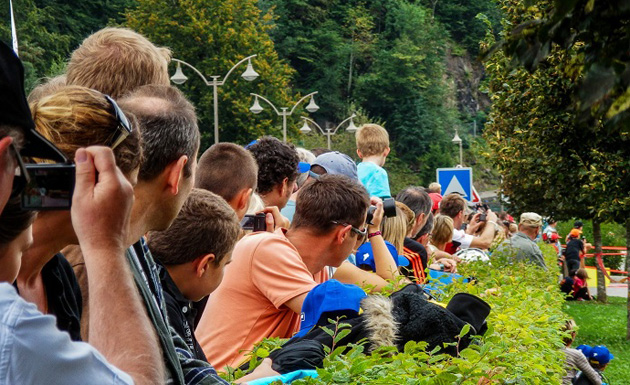 Olivier Marty, who comes from near Lyon, has been a passionate rally racer for close to twenty years. His father was a mechanic who had his own garage and so Olivier spent many a happy childhood hour tinkering away on cars with his old man. Olivier is now a mechanic himself, working for Mercedes in Lyon through the week and participating in various rallies in his free time. Olivier’s first ever racing car was a 205 Rallye, which he bought and did up himself. This weekend Olivier was driving an Opel Adam, number 58, and as well as competing in the Mont Blanc Rally he was vying for the Opel Cup which would assure him a car of his own for next season. When we spoke, Olivier was in third place for both the cup and his category in the overall rally. Unfortunately he didn’t manage to hang on to his podium finish due to a mechanical problem – he blew the transmission coming into Morillon! The softly-spoken Frenchman has clearly got some skills behind the wheel, however, as he still managed to complete the race and hang on to a respectable 4th place finish. Speaking after the race, he was clearly a little disappointed and so to lift the spirits I asked him to tell me about his most memorable rally moment. With eyes lighting up, Olivier went on to tell me that it was in fact the last time he competed in the Mont Blanc Rally, back in 2008. Olivier managed a third place podium finish for the overall rally that day. After battling all weekend with another driver it came down to the final leg of the race when only one second separated them. It was pouring with rain, or raining ropes as Olivier would say (tomber des cordes!), but despite the weather and mounting pressure, Olivier went on to blitz it by ten seconds. 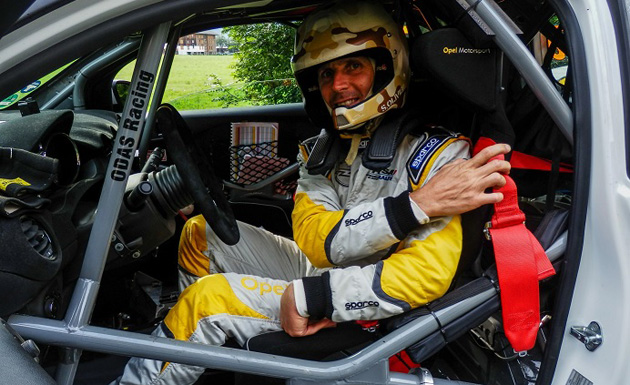 I was very impressed by this story, and in fact by my rally experience as a whole. I passed a couple of fun-filled and somewhat educational hours by the roadside, albeit at the expense of my hearing! On that note, I’m glad the rumbling in the mountains has gone back to being only that of the occasional late afternoon storm, however, I’ll be looking forward to next year’s event. Especially as I now know a little more and have someone to cheer for.

The ‘Rallye du Mont Blanc’ passes through Samoëns each year. For more information about this exciting event be sure to check out www.rallye-mont-blanc-morzine.com 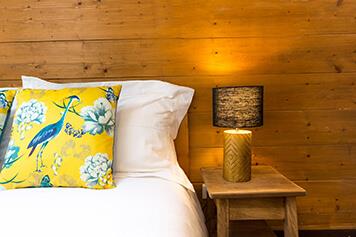