You are here:
Home> Samoens> Samoens News> Old-School Weather and Snow Forecasting in the Grand Massif 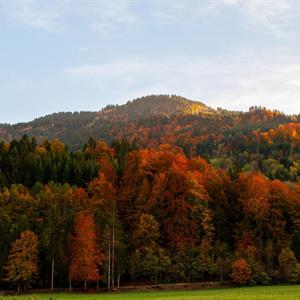 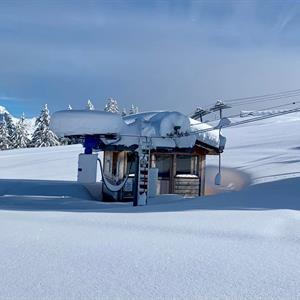 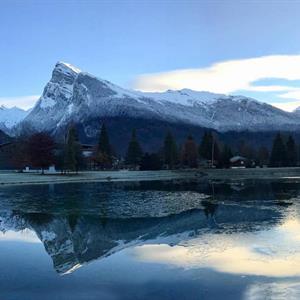 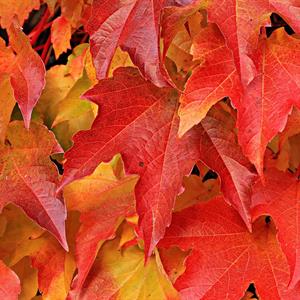 Old-School Weather and Snow Forecasting in the Grand Massif

What do ant mounds, gentian flowers, spiders, mice, and onions have in common? They can help predict the winter season!

According to les anciens (elders) ‘everything in nature speaks to us of the weather, we simply must listen.’

Before meteorologists had sophisticated technology and long before our favourite weather apps existed, forecasts were based solely on people’s observations of the natural world around them. Over time, these signs, and people’s experiences of nature were translated into rhyme, les dictons in French. Perhaps you’ve heard of some of them…

Autumn is the perfect time of year for a stroll along the Giffre river, or through the forests above Samoëns. Breathe the crisp mountain air, be inspired by stunning colours, but be sure to also take note of what the ants have been up to. The bigger their house, the deeper the snow!

Here, the ‘swallow’ is a snowboard made especially for riding deep powder. But skiers, if you notice tall gentians flowers too, then prepare your powder skis!

As a keen gardener, I like the idea of predicting the rigours of winter based on how hard it is to peel home-grown garlic, or how thick onion skins grow…

Perhaps folkloric fancy, les dictons could be based in scientific reality. Take animals for example. Just like us, animals change their behaviour depending on the weather. Unlike most of us however, animals are far more sensitive to changes in atmospheric conditions, like humidity levels and barometric pressure. This explains why they often know ahead of time what weather is to come.

Ever noticed how magpies, finches or robins will take shelter near your house just before a dump of snow? Or that spiders are more prevalent inside? Les anciens say that spiders are excellent barometers, taking refuge inside only when storms and cold snaps are near. Don’t squish them! Especially if you find them in your alpine chalet. The habits of rodents are another thing to watch. Squirrels are said to gather acorns early to fortify against a hard winter, and mice will eat ravenously into your home!

Animals and plants aren’t the only things people use to predict the weather. The cycle of the moon is also of great importance. 86-year-old Samoëns local, Pierre Castor, says to pay attention to the weather on the fifth and sixth days after a Full or New moon. Apparently if the weather is the same both days, that’s how it will remain until the next lunar cycle. You know what that means folks? Those of us who believe in the power of a snow-dance should get our groove on the evening of the fourth day!

If the trees haven’t shed all their leaves by the 11th November, winter will be long and cold.

As number of hours of sunshine on All Saints Day is the number of weeks spent blowing on cold hands.